Transparency In Clinical Trials: Will It Ever Be Achieved? 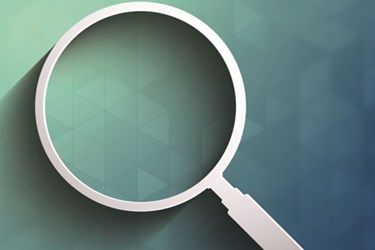 A lot has been made recently about transparency in clinical trials. In the EU a new regulation is about to address the issue, and CISCRP recently sent a petition letter to the FDA asking it to pass a similar regulation in this country. The petition, signed by hundreds of patients, hopes to make trials results more accessible to patients.

It’s also not hard to understand why a patient participating in a trial would want to know the results of the study, and whether or not they received the active drug or a placebo. But while changes might help companies with patient recruitment and retention issues, will true trial transparency ever be possible?

Dr. Brad Thompson, CEO of biotech firm Oncolytics, believes we still have a very long way to go, and that perhaps pharma companies are not the ones that should be blamed. “I think a lot of people, patients especially, believe that companies are the roadblock in keeping the results of clinical studies from becoming public,” he says. “But personally, I believe it is a much wider issue than that, especially when it comes to finding out the results of unsuccessful trials.”

For example, Thompson looks at clinical investigators. He notes many of these individuals would like for their academic careers to progress. For these folks, the reporting of trial results, especially those that are negative or neutral, does nothing to advance their goals. It is not a deliberate action to conceal information, but the lack of an incentive to do so can often result in delays, provided the results are reported at all.

“If you are conducting a trial at 50 or 60 locations, it doesn’t take too many of them not reporting information to significantly slow down the ability of a sponsor to report on what is going on with the study,” notes Thompson. “And the more time that goes by, the more people will lose interest in doing so. Add to that the fact that there are no journals or annual meetings that are focused on reporting negative results. This is due to space and time limitations. If there are 100 speaking opportunities at the ASCO show in June, those spots will be given to people reporting exciting new results in cancer therapies. There is no time for, nor interest in, anyone reporting on therapies that didn’t work.”

From the standpoint of a public sponsor company, they will typically report negative trial results, but that will generally be via a press release, where there is very little detail. It’s also unlikely that a patient participating in a trial will be on the company’s PR distribution list. As a result, there is an entire system set up with no positive incentives to go into more detail about trials that did not go as planned.  That in itself is unfortunate, since we often learn as much from things that don’t work as we do from things that do.

“In many ways, knowing what didn’t work, or what caused a safety problem, can be more important than knowing what did work and knowing there were no safety problems,” adds Thompson. “Knowing of negative results will allow you to improve your own trials and continue to work to try and find something that does work. I think this is a bigger issue than people realize and it is not something that will be easy to address.”

All Requirements Fall On Sponsors

Of course in this entire daisy-chain of events, there is only one party involved that has a legal obligation to disclose positive or negative information on the trial. That is the sponsor company, which by law is required to disclose information about the trial. Failure to report something could result in a criminal offense. If an investigator doesn’t disclose something, they do not face the same negative repercussions.

“If you talk to an attorney from any sponsor company, they will tell you how important it is to disclose, disclose, disclose,” says Thompson. “They fully understand the importance of doing that. The situation might be slightly different in privately-held companies, because public companies have an obligation to their investors. But even then they have a duty of disclosure under the investment terms. More often than not the investors are sitting on your board of directors and would be privy to the information anyway.”

On a positive note, Thompson is quick to note that most companies, investigators, and researchers he knows want to disclose as much as they possibly can.  There are just a number of soft reasons that might end up keeping them from getting into more detail than they do. For example, there is generally the same amount of content going into a press release regardless of whether or not the trial was successful. He notes no one on the planet is going to put out a 30-page press release covering the detail of a clinical study, whether it was good or bad.

For that reason, most of the press releases that go out are seldom more than two pages, with just a few sentences on the results and the safety aspects. While that will meet the disclosure standards, it certainly does not disclose much detail to the investigators or others who wish to know the details.

“When you look closely at this situation, what you see is a system that is almost accidentally set up to inhibit full disclosure,” states Thompson. “The industry might feel it is good to publish negative results, but where would we publish them? Who is going to pay for it? Who is going to read it? It’s a difficult issue. You can try to induce people to do things, but if an investigator has a failed study, his academic career will not be helped by spending the weeks it would take to write a paper to be published. Especially if they can spend that time writing a paper on a study that did work. There is not a conspiracy of silence. It is just natural for people to want to focus on things that will help them out with their careers.”

There are other reasons for reporting as much information as possible. Patients appreciate the information, but from the sponsor perspective, more information might mean coming up with better versions of existing medicines. Thompson likes to use bone marrow studies as an example of how more information can be helpful to patients. When physicians first started using radiation to kill off bone marrow for certain types of leukemia patients, that marrow had to be replaced. It was discovered that bone marrow transferred from people who did not match the patient’s tissue type caused them to perform better…but only for a period of time. After that, the patients began to die quicker. Still, researches published the complete findings.

“They could have reported that non-matching bone marrow works really well for six months and left it at that,” says Thompson. “But they opted to include the downside of the study as well. That led physicians to decide it would be used for emergency use only until a better match could be found. That knowledge ended up making these transplants better for the patients and better for the industry. I think in that case we were lucky that there was a positive effect to report along with the negative. If there was only the negative effect, I don’t know that it would have ever been published.”

Is There A Fix?

I wish I could report that there is an easy fix to this transparency issue. Unfortunately, there is not. According to Thompson, there are not a couple of adjustments that can be made to correct the problem.  After all, you cannot force a researcher to publish an article on a failed study if they have more important needs to attend to. You can’t force a company to produce or publish a 30-page press release or, if they did, force anyone to read it. Unfortunately, that is a reality of the industry.

“We need to come up with a mechanism where the end result is of benefit to the industry, such as people having access to needed information and disseminating it without the process being burdensome,” notes Thompson. “I honestly don’t know how you do that.”

There are so many pieces to this problem…the sponsor companies, the FDA, the investigators, the research sites. It is difficult to fix a problem when the players involved in it are so varied. Still, if this is an issue that is too complicated to tackle with all players at once, perhaps the best approach would be to take it one step at a time. If we put sponsors, patients, and investigators in a room together, all would likely be clamoring for the same end result.

“We would not see pockets of stakeholders fighting this,” adds Thompson. “A solution to this transparency problem would make everyone better off. It’s frustrating because everyone knows this is an issue, and that we have to do better. People who are a lot smarter than I am have spent time on this and were not able to come up with an answer.  But the fact that this is a complicated issue doesn’t mean we should throw our hands in the air and give up. Eventually we will have to produce a solution.”