Trial Aims To Kill Cancer Without Chemotherapy Side Effects

Getting a new oncology drug to patients involves navigating an obstacle course of costs, timelines, safety and effectiveness data, and regulations. If you were to start the clinical process with a molecule that has already been proven to kill cancer cells and be safe for patients, you can eliminate much of the risk that exists in bringing a new product to market. That is exactly what NanOlogy, a clinical-stage oncology company, is attempting to do.

NanOlogy was formed through a collaboration among DFB Pharmaceuticals, CritiTech, and U.S. Biotest. DFB is funding the clinical trials, CritiTech developed the technology (the delivery mechanism), and U.S. Biotest is providing the clinical expertise. The goal of the company is to use suspended submicron particles to transform traditional systemically administered chemotherapy into a local therapy delivered directly to the tumor.

The molecules being used by NanOlogy are paclitaxel and docetaxel, among the world’s most prescribed chemotherapy drugs, used to treat several types of cancer, including breast, ovarian, lung, bladder, and prostate. The drugs, part of a class known as taxanes, are normally administered systemically via injection or infusion. Side effects include low blood counts, nausea and vomiting, arthralgias and myalgias, and hair loss. While clinically proven to kill cancer, their side effects make the drugs less than desirable for patients. 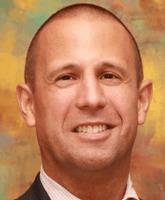 “Taxanes are effective cancer-killing agents,” says Maxwell Lea, managing director for NanOlogy. “Unfortunately, their toxicity limits how they can be used in patients. Researchers have long been trying to develop ways to put large amounts of the drug locally, at the site of disease, for a sustained period of time. This type of a local delivery will limit the side-effects of the drug that occur when infusing the drug into the veins of patients.”

Another drawback of taxanes is the amount of time they remain in a patient. They have a short half-life, meaning they are expelled from the patient rather quickly. Taxanes are cleared from a patient’s body after only a day or two, with a corresponding therapeutic effect. That requires patients to be administered multiple doses of the medication.

Until now, researchers have been unsuccessful at finding a way to deliver taxanes locally. According to Lea, you can’t simply take a systemic agent and inject it locally into a tumor. Most of it would leak out of the tumor and be cleared quickly from the body.

The technology being developed by NanOlogy produces submicron particles of paclitaxel and docetaxel, which are delivered directly to a tumor. By delivering the agents in this manner, the particles become entrapped at the site of disease, either inside a tumor or inside a compartment such as the peritoneum (the membrane lined cavity of the abdomen). NanOlogy has studies demonstrating that its submicron particles stay at the disease site for weeks at a time. And, because the delivery method does not appear to afflict patients with the unwanted systemic side-effects, they can be given a more concentrated dose of the drug.

“If patients receiving chemo are given too strong a dose, it could kill them,” says Lea. “Our technology allows us to target a more substantial amount of drug at the tumor site. It will stay entrapped at the disease site and dissolve there, with the impact on the cancer lasting for weeks instead of days and will eventually clear the body at low levels. Our goal is to demonstrate clinically that our technology increases both the safety and efficacy of taxanes.” 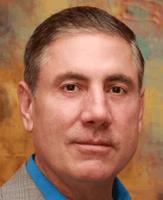 New and advanced oncology treatments are a hot topic in the pharma world. The majority of clinical trials today (more than 80 percent) are for cancer treatments. Marc Iacobucci, managing director for NanOlogy, notes the level of activity in this area has become “mindboggling,” with new individualized and combination treatments regularly emerging. Even with all of that activity, he believes the oncology world still has a place for treatments such as chemotherapy, which have been around for years.

“The first two taxanes to hit the market were paclitaxel and docetaxel, and both of those came out in the 1990s,” says Iacobucci. “Those treatments helped to transform chemotherapy. When they came out, they addressed a broad spectrum of cancers. Both have been shown to be effective in seven or eight different cancers, making them very broad killing agents. What has limited their effectiveness is their systemic toxicity, which limits their dosing levels and frequency of dosing.”

The ability to now administer the drugs locally in higher concentrations could help to breathe new life into the treatments. The NanOlogy submicron technology aims to take an already effective oncology treatment and make it even more effective. There are seven or eight possible indications NanOlogy is pursuing, which are similar to those targeted by conventional systemic chemotherapy (including cancers of the breast, prostate, pancreas, head, and neck).

Established and FDA-approved treatments like paclitaxel and docetaxel could also allow NanOlogy to get the treatment through clinical trials and into the hands of patients faster and at a lower cost than new treatments. “The highest risk in drug development, as well as a significant amount of investment, arises in safety studies,” says Iacobucci. “Paclitaxel and docetaxel have already gained regulatory approval and there is a lot of experience with the drugs. Because of this, we are able to partly rely on safety data that have already been published. This has allowed us to begin human clinical trials much sooner than if we were developing a new molecular entity.”

For some new treatments, six to eight years (or more) could be spent performing safety studies. If only a few of those tests can be bypassed, approval could go from 12 to 14 years to less than 7.

A Difficult Decision Is Made

NanOlogy currently has six trials registered on ClinicalTrials.gov that are actively recruiting patients. One study on ovarian cancer is in Phase 2b. The others are all Phase 2a trials attempting to substantiate safety data while also getting preliminary efficacy data. Each of the Phase 2a trials are attempting to recruit 25 to 30 patients.

Most companies would not likely opt to start (and recruit) six trials at the same time, but that was a decision NanOlogy chose intentionally. When the company first licensed its submicron particle technology, it had to decide if it would take one clinical trial (ovarian cancer) and devote all funding to taking that study as far as possible. The other option was to use the available funds to pursue multiple indications. The company opted to go with the latter option, and Lea believes it was the right decision.

The first embodiment of the technology was submicron paclitaxel in sterile suspension suitable for intracompartmental or intratumoral injection. The technology was then expanded into both a topical and inhaled form. This enabled the company to begin multiple Phase 2 trials to get an indication of efficacy across multiple types of cancer.

“We believed pursuing that route would increase the value of the platform to patients,” says Lea. “We liked the possibility of treating multiple cancers instead of just one. We now know, that in addition to instillation into the abdomen, the product can be injected into tumors in prostate, pancreas, and more. The topical formulation is being evaluated clinically in cutaneous metastases and actinic keratosis.”

Principal investigators at several clinical sites are strong advocates of the technology and are helping NanOlogy recruit patients for the Phase 2 trials. Those investigators have also convinced other investigators to get involved. Fortunately, the ultrasound used to locate tumors of the prostate and pancreas, and the injections that place paclitaxel into these tumors are common procedures used by oncologists treating these cancers.

Because of how the trials are designed, NanOlogy is hoping to glean a tremendous amount of information despite a relatively small number of patients per trial. For example, in the prostate cancer trial, the drug will be administered to patients who are scheduled to have their prostate removed approximately 30 days later. In those patients, the size of the tumor is known. After 30 days researchers will be able to examine the tissue and determine if the tumor has been reduced or eliminated. In the pancreatic cancer and pancreatic cyst trials, the tumor or cyst size is measured via ultrasound prior to injection and monthly thereafter with access to data as they are generated. Given the serious nature of the diseases, compelling positive results may allow NanOlogy to work with the primary investigators and FDA to expedite pivotal clinical trials involving several hundred patients to prove efficacy and safety sufficient for regulatory submission.

For now, NanOlogy is looking for patients who are in the early stages of their cancer, before it has metastasized into multiple cancers. Once that happens, the health of the patient can deteriorate in a matter of weeks or months. Tumors in the earlier stages are expected to provide a better indication of the efficacy of the product.

“We believe this is a treatment option that will resonate with patients,” states Lea. “If successful, it will result in fewer administrations, fewer trips to the clinic, fewer side effects, and a more patient-friendly approach to the use of chemotherapy. In the Phase 2 trials we are also gathering input from patients that will help us in designing the later Phase 3 trials.”

“Our ultimate goal is to rid a patient of their cancer without the negative side effects such as nausea, vomiting, blood changes, and hair loss,” adds Iacobucci. “By administering our drugs locally to tumors, I hope we will soon be able to present patients with all of these benefits.”