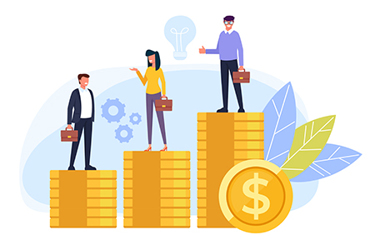 The Tufts Center for the Study of Drug Development (CSDD) estimates the total capitalized cost for a new approved compound at $2.6 billion. The drug development process is also risky and known for its high failure rates. Bringing down the time and cost of conducting trials has become a goal for the industry.

For years, vendors have touted decentralized clinical trials (DCTs) as a solution to both the time and cost challenges. DCTs also promise to make trials more patient centric. Unfortunately, a demonstration of the actual benefits of DCTs, along with a quantifiable dollar amount, have been difficult to produce. Until now.

New research conducted by Tufts and supported by Medable has found financial benefits resulting from the use of DCTs. The companies have released a report titled, Financial Modeling from Tufts Center for the Study of Drug Development Demonstrates Substantial Net Benefits to Sponsors Who Use Decentralized Clinical Trials (DCTs) Technology. The report is authored by Dr. Pamela Tenaerts, chief science officer for Medable.

The research involved an analysis of prior industry data coupled with selected data from the portfolio of DCT studies conducted on the Medable platform. The goal was to produce a data-driven analysis of the value proposition and return on investment for DCTs using an expected net present value (eNPV) model.

The eNPV measurement integrates the key business drivers of cost, time, revenue, and risk into a summary metric for decision making. This measure discounts all cash flows including outflows from operating and commercialization expenses and inflows from commercialization revenues. A lifecycle chart can then be developed showing those costs and expenses that supported R&D and the revenues from commercialization. The data generated is also risk-adjusted, as it runs multiple scenarios and factors the probability of success or failure into the equation.

“We were fortunate to have actual data to populate our model,” says Ken Getz, founder and chairman of CISCRP and executive director of the Tufts CSDD. “There are times when a company is leading the adoption of a technology and will just make assumptions or have anecdotal evidence. We used actual data wherever possible to try to ground our first effort and build on it from there.”

Tufts found the use of decentralized technologies led to shorter development cycle times. That is good news for an industry hoping to reduce the time it takes to conduct studies. Studies have found 85% of all clinical trials will experience some sort of delay. The financial impact of those delays can cost drug developers between $600,000 and $8 million per day.

The report notes cycle time reductions associated with DCT deployments had a greater impact on net financial benefits than any other factor. The cycle time reductions could lead to more rapid trial completion. Phase 3 studies conducted with the deployment of wearable devices and mobile apps had a mean study initiation cycle time of 153 days, while studies without the technologies had a mean of 167 days. Study close-out in Phase 3 trials had a mean of 57 days for trials with the decentralized components and 64 days for those without. In Phase 3 trials with the wearable devices and apps, total trial duration decreased by 360 days.

Tufts found there was concern over the tools available for use. Although 80% respondents who invested in DCT technology reported time savings for site initiation through activation, most indicated that the tools could be improved.

A second finding was lower clinical trial screen failure rates. Screen failures are cost drivers in clinical trials which consume a significant amount of time and resources. Pharma companies also need to increase the number and diversity of patients participating in clinical trials. Approximately 85% of individuals state they are willing to participate in clinical research, but more than 70% live more than two hours away from their study site. Sadly, less than 5% of the U.S. population participates in clinical research. This has resulted in approximately 50% of trials not completing due to insufficient enrollment. Retention complicates the problem, as 30% of those who agree to participate in a trial will drop out of studies.

The research found screen failure rates in Phase 3 trials with wearable devices and mobile apps decreased by approximately 10%, while dropout rates decreased from 28.6% to 26.1%.

A trial’s perceived burden on participants is strongly associated with screen failures and retention rates, which increase trial timelines. DCTs allow patients to participate in trials from their homes, eliminating the issues caused by having to travel long distances to the study site. DCTs will also enable faster screening, more convenient consent and enrollment, and a more diverse patient population.

Protocol amendments are a concern to everyone performing drug development. The amendments cause delays, which then increase the costs of developing treatments. With a decentralized trial, there are fewer research sites and fewer IRBs. Those factors lead to a reduction in regulatory costs and increased flexibility around protocol changes.

The report notes previous research conducted by Tufts found 57% of protocols had at least one substantial amendment, with a mean of 2.2 amendments for Phase 2 trials and 2.3 for Phase 3 trials. The cost for those substantial amendments will average $141,000 for the Phase 2 studies and $535,000 for the Phase 3 trials. Those costs result from investigative site time and fees as well as contract change orders with CROs and other providers.

In Phase 3 trials with wearable devices and mobile apps, Tufts found a decrease in the mean number of amendments from 3.4 to 3.3.

The cost savings noted in the report result from efficiencies that arise during the conduct of the trial. There are certainly costs that must be overcome at the start of the trial to implement the decentralized technologies. In a Phase 3 trial, the study found the mean contract value to be $1,042,000. With an average of three Phase 3 trials per program, the total Phase 3 investment totaled $3,126,000. Examples of DCT components used in those trials include remote visits, telehealth, mobile apps, wearable devices, and home and local assessments.

“We used conservative estimates through this model,” adds Getz. “We hope to further build on this data in the future with even larger sample sizes. For this report we lumped together all the DCT solutions, but in the future, we hope to look at specific solutions by individual disease condition. That will allow us to see where the returns are most compelling. We also hope to look at, measure, and quantify impact beyond just cycle time, recruitment and retention, and amendments.”