Using The Cost Of Adverse Events To Determine Drug Safety 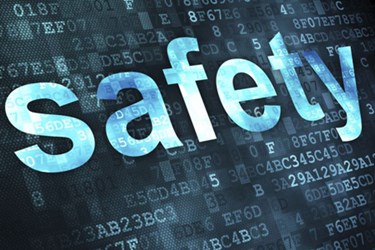 There are limitations to the drug approval system we currently have in place that is based on clinical trials. Data disclosures are often deemed inadequate, regulatory review and approval can be a lengthy process, and many would argue there is a bias in the industry and academia against publishing negative results. For those reasons, there may be a need for an analytical framework to better reflect the safety of drugs in heterogeneous, real-world populations.

That, at least, is what a team of researchers from Advera Health Analytics and an assistant professor from Columbia have attempted to prove. Their objective was to develop a drug safety statistic that estimates downstream medical costs associated with serious adverse events (AEs) and unfavorable patient outcomes. The study evaluated 706 drugs currently approved by the FDA.

Drug approvals are predominantly based on volumes of data submitted as part of the lengthy FDA approval process. Therefore Keith Hoffman PhD, VP of Scientific Affairs at Advera, started this research project by gathering data. His team went to the FDA's Adverse Event Reporting System (FAERS) database and collected all primary suspect case reports for each drug. Serious AEs and outcomes were coded using the Medical Dictionary for Regulatory Activities (MedDRA).Medical costs associated with the AEs and unfavorable outcomes were then derived from Agency for Healthcare Research and Quality (AHRQ) survey data. Corresponding ICD-9-CM (International Classification of Diseases, Ninth Revision, Clinical Modification) codes were mapped to MedDRA terms.

"For each case report we used either the highest AE cost or, if none was listed, the highest outcome cost," says Hoffman. "Costed cases were aggregated for each drug and divided by the number of patients exposed. This provided a downstream estimated direct medical cost burden per exposure. Each drug was then assigned a point total that ranged from 1 to 100."

The 706 drugs analyzed showed an exponential distribution of downstream costs. The data was then transformed using the natural logarithm to approximate a normal distribution. The end result was a mean of 44.32, with the numerical values ranging from a low of 8.29 to a high of 99.25. The drugs that had the highest individual scores tended to be kinase inhibitors (making up six of the top 12 scores), thalidomide analogs (the two highest scores at 99.25 and 96.72), and endothelial receptor antagonists (two of the top five).

No surprise that when the drugs were analyzed across Established Pharmacological Class (EPC), the kinase inhibitor and endothelial receptor antagonist classes also had the highest totals. Other EPCs with median scores of 75 or higher included hepatitis C virus NS3/4A protease inhibitor, recombinant human interferon beta, vascular endothelial growth factor-directed antibody, and tumor necrosis factor blocker. Data was also analyzed using Anatomical Therapeutic Chemical classifications. In this case, antineoplastic drugs had 80 percent of their scores registering 60 or above while 20 percent of blood and anti-infective drugs had similar scores.

Why is all of this important to the Pharma industry? When conducting clinical trials, pharma purposely enrolls relatively homogeneous subjects so as to increase the likelihood that efficacy signals can be detected. Unfortunately this also leaves open the possibility of a test agent having unexpected actions once it is used in a heterogeneous population.

"Patient safety is of paramount importance to everyone working in drug development," says Hoffman." Our model can provide real world insight into serious and life-threatening side effects that were not disclosed during pre-approval screening processes.”

The study has been published in the Journal of Managed Care & Specialty Pharmacy. A member of the FDA's Office of Drug Safety, quoted in the study, notes, "The complete adverse event profile of a drug is not known at the time of approval because of the small sample size, short duration, and limited generalizability of pre-approval clinical trials." The individual goes on to note that since most clinical trials exclude the elderly, children, pregnant women, and patients with multiple diseases, study participants may not be representative of the real world population where the drug will eventually be used.

That description alone brings back memories of the Thalidomide tragedy that occurred in the 1950s in Europe, where off-label use of the drug resulted in birth defects after the medicine was prescribed to pregnant women to ease the effects of morning sickness.

Although the information from pre-approval trials can be incomplete, it is that information that makes it onto drug label inserts on which physicians and pharmacists rely.

The problem is also one that is not going away. In fact, the FAERS database, the centralized, computerized information system used for post marketing drug safety surveillance, is currently increasing by approximately 1,500,000 new cases per year.

There are also limitations of the database. "The system is used by FDA to issue warnings, mandate label changes, and remove drugs from the market, but detailed and organized FAERS data are not readily accessible to broad healthcare audiences. We spent years cleaning up FAERS data to specifically address these issues and those clean data feed our platform and all our analytics,” says Hoffman.

Hoffman acknowledges there are constraints that should be considered when using or interpreting this system. "There are limitations regarding reporting rates and potential biases contained in the FAERS database," he says. "Using FAERS to analyze drug side effects also has limitations. Since FDA does not require a causal relationship to exist for an event to be reported, we can't be certain the reported event was actually caused by the reported drug. Additionally, many adverse events that occur are never reported. "

Still, by quantifying the post approval phase of a drug into direct medical costs, the system can serve as a much needed window into the real world population. Hoffman is hopeful that future research will integrate additional AE databases, such as that of the World Health Organization (WHO) and electronic health records.