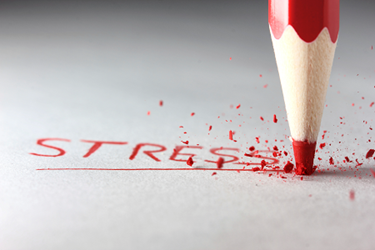 This article is the second in a four-part series that investigates the disillusionment clinical research associates (CRAs) feel with their role today, why they feel that way, and what we can do about it. I surveyed almost 800 CRAs and line managers (LMs), and Part 1 explained the reasons I conducted this research. In Part 2 we dive into the survey results, looking at what CRAs said about burnout and their mental health.

Each of the four sections that follow presents one question from the survey, followed by an overview of the responses to that question, my analysis of those responses, and some standout comments from participants.

If you have depression and/or anxiety (either by formal diagnosis or self-diagnosis), do you feel you have you been able to inform your employer? This could be by an informal chat with a colleague, requested sick leave, written notification, etc.

Nearly half of the respondents feel they are not able to inform their employer if they are struggling with their mental health.

Within the free text fields, there was a common theme: one-third of those commenting felt that mentioning anything related to mental health would result in damage to their careers and being seen as “not good enough.” Therefore, a CRA would never mention they are struggling and would just carry on until they meet a breaking point. Examples of such breaking points were resigning, taking a leave of sickness, and requesting a change of project or role. Some comments stated a CRA would try to resign rather than discuss their mental health with their LM.

It should also be noted that among those CRAs who had positive experiences informing their employers, all had one thing in common: an understanding LM who supported and worked with the CRA. Examples of such support were as basic as listening in a nonjudgmental way, being available for the CRA, and helping to reprioritize workload, and more involved intervention such as arranging leave, temporarily reducing number of sites, and amending travel schedules.

I noticed a trend here that some organizations were reported as very focused on hitting study timelines rather than employees’ well-being.

“Struggling and admitting to having depression and/or anxiety: that would be severely frowned upon and commitment and capability would be questioned.”

This answer is possibly the gold standard for embodying the stigma surrounding mental health in our workplaces today. How can we address what we are afraid to even talk about?

Do you feel you are able to discuss your mental health with others? (Please select all that apply.)

In the free text additional comments, the most common response was fear and a lack of trust: fear that if a person mentioned they were struggling with their mental health in any way, it would be used against them in upcoming performance reviews and negatively affect their career progression.

The second emerging theme was feeling uncomfortable discussing it with their LM, so they would just not do so. Twelve respondents did comment they had positively discussed it with their LM and felt happier as a result.

Some comments mentioned the best support was from someone who either was or had been a CRA (either their peers or LM). It was felt that if a manager had not experienced the role of the CRA and thus did not truly understand its challenges, there was less of a connection between the manager and the CRA.

What strikes me here are two things: The first is a lack of communication between the manager and the CRA. The second is assumptions made by the CRA, for example fear of being judged or assuming the LM does not care or has far greater priorities such as metrics.

Would you be able to discuss your mental health with your LM if either of you felt it was having a negative impact on your daily activities?

This question was to further investigate CRAs’ relationships with their LMs. There is a surprising split here between being able to talk to their LM or not, despite previous answers in the survey.

Of the 69 free text comments, there was a strong theme with people absolutely not discussing anything mental health-related with their LMs or only when forced to because “things had gotten so bad/I was at breaking point.” Again, fear of repercussions was the main reason a CRA would not discuss their mental health. Another reason for not discussing it with their LM was the assumption that the LM does not care. I also noticed a lot of CRAs are aware of LM's tasks and do not want to burden their LM or other CRAs: this is indicative of putting your own needs below others’, which in the long term will cause detriment to the CRA, the project, and the team.

“Honestly? I do not feel safe disclosing details of my mental health because my manager does not seem to be interested, nor willing to discuss it. I am part of a bigger CRO, and they just care about me making my metrics, and I do not feel valued as a person. I have been told by my friends and colleagues to speak up when I am unhappy, but as someone who is newer to the profession, I am reluctant to voice my concerns and/or complaints.”

“It depends on the LM. My first one was very understanding, but after she left, I don’t feel the same way with my new LM.”

Those comments summarized important points. Assumptions are being made about a person’s importance and role within an organization. I think there is much work that could be done here by all parties in bridging the gap between organizational goals, metrics, and what those actually mean, and the mutual benefits to the CRO and each employee. Until that happens, there is a mismatch of perspectives, a “them” and “us” mentality among CRAs and senior management.

Who can bridge that gap? Everyone. Senior management can by understanding their people are the metrics, people dictate the metrics. How can the gap be bridged? By empowering LMs who are crucial in an employee’s decision on whether to stay at that company. CRAs can empower themselves by taking responsibility for their own well-being and communicating their pressures, i.e., by not assuming their concerns will not be validated.

Have you ever left a CRA role because you were concerned your mental health would deteriorate?

This question prompted some of the most enlightening statements, which I hope every HR and senior manager dealing with hires will read and consider, especially before they strategize how to reduce high turnover rates and retain their workforce.

Of the CRAs who completed this survey, 42 percent have left an employer due to concerns over their own mental health. Did they disclose this to their employer? Of the 279 who left, 83 said they did not disclose this as the main reason; 70 said they did.

“I am about to … just waiting for my financial life to settle down a little, and then I will probably leave the CRA world and do something totally different with more meaning and more sense and less useless meaningless paperwork, boring meetings that could have been resolved through a simple email and way less corporate [expletive]. I think even as a pizza delivery person would make more difference to this world than this crappy job. Only good side of it is the good pay. Even as a freelancer, earning way more than the employees, I felt sometimes that not even the high invoice submitted at the end of the month is compensating me for the amount of [expletive] I need to take and the compromises I have to make on a daily basis. Although I am paid for the overtime that I work, so I can't even think about how poor employees are being exploited and used. It is disgusting. I've been doing this job for 12 years, and I am totally sick of it. I became ill physically and mentally by doing this job. I feel it has slowly but surely crushed my soul!”

“One employer provided a paid two-week sabbatical every two years for CRAs in addition to PTO. That is very savvy. Unfortunately, I never got that far. After 1.5 years working on a very difficult and draining project, the opportunity came up to work 0.2 FTE doing pre site selection visits on a different project with lots of local sites in my area. They wanted me to eventually be full-time on the new project, and it was my dream assignment. But the project director of the first team refused to let me transfer. I tried to appeal to my LM, both teams, and HR, and they were all agreeable(!). However, it was policy that I had to be released from the first team, and that one project director was adamant to not let me transfer. It made me feel so trapped and unappreciated; I instead left the company. Sadly they ended up having to find and train new CRAs for both projects. Companies need to give CRAs a voice, options, and flexibility in how they are assigned.”

“No. Of course not. You simply find a new company because the one you’re currently at isn’t going to change. The change has to be you. Since research is ‘small’ you don’t tell the ‘real whys’ you are leaving just in case you end up working with/for one of these managers.”

“No. Leaving was associated with terrible workloads and little support from persons higher than my LM. Didn't figure it was worth wasting my time trying to explain all the issues they were already aware of but choosing to ignore.”

“I left one because it was deteriorating, and my family was suffering. When this was explained to my employer, the response was that maybe this wasn't the career for me, everyone suffers from burnout and washout, and they account for this in hiring, etc.”

While the comments above may be regarded as extreme by some, they should be heard and validated. This survey served as an outlet for those with frustrations they feel are not being heard. While we do not know all the details behind each comment, it was clear to me that there is an industry acceptance about the CRA role. This seems to be that the role is challenging and at times leads to burnout, and if you cannot deal with that, then this isn’t the career for you. I have seen this phrase in many variations.

This mindset helps no one and is indicative of a lack of organizational-defined goals and disempowered LMs. The CRA role can provide amazing opportunities on many levels, both personal and professional, if managed and perceived in the right way.

In the next installment in this series we will look at the perspectives of the LMs who completed the survey in order to answer the question, “Are employers (and managers) equipped to address the CRA burnout crisis?” In Part 3 we look at how organizations can foster improved CRA well-being. In the meantime, stay tuned and please share your experiences and insights in the Comments section below.

Fiona Wallace, director at FW Clinical Research Ltd, has worked in global CRO and pharma for 18 years. Her experience spans many countries and continents including India, South Africa, the U.S., Europe, and Central and Eastern Europe in Phase 1 to 4 studies in oncology, ophthalmology, erectile dysfunction, and rheumatoid arthritis. She specializes in developing high-value staff retention and engagement solutions by utilizing her experiences in project and CRA management, global clinical regulatory training, and inspection-readiness management. Her latest project is to open up the discussion of mental health in the clinical research workplace, with the goal of improving the quality of life for everyone working in the spectrum of clinical research. Wallace can be reached at fmwallace3@gmail.com.