What Do Sponsors And CROs Think About Technology Use In Trials? 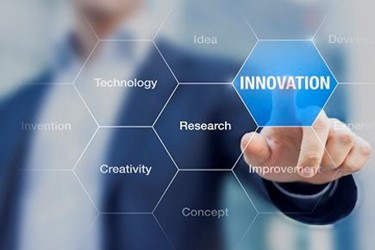 Each year, The Avoca Group surveys industry professionals to understand trends in clinical development. The surveys place a particular focus on outsourcing dynamics and relationships between sponsor companies and service providers. For one of its most recent surveys, Avoca examined what sponsors and CROs think about the use of technology in clinical trials.

Who Is Most Innovative?

The survey asked about companies outside the pharmaceutical industry that could cause disruption. Not surprisingly, Google, Amazon, and Apple were the top mentions. Google was cited as possessing thinking that is innovative and outside the box. Respondents cited a recent pilot trial using the iWatch to recruit patients with cardiac irregularities which met its enrollment target in two hours. Microsoft was also mentioned as having the footprint and presence to make change at a scale not possible by the pharma and CRO industries.

Respondents were also asked about their perspectives on regulatory agencies and innovation. Service providers, in slightly higher numbers than sponsor companies, viewed regulators as encouraging of innovation. Respondents were specifically asked about their views of the FDA, EMA, MHRA, PMDA, and CFDA. Between 73 percent and 78 percent of providers felt the agencies encouraged or strongly encouraged innovation. Only 47 percent (CFDA) to 70 percent (FDA) of sponsors felt the same way.

How Innovative Are You?

Respondents were also asked about the level of innovation within their own companies. Although providers expressed greater agreement with statements regarding the adoption of innovation than did sponsors, both groups showed a marked increase in innovation investment and risk tolerance since the questions were first asked in 2015.

Size of company made a difference in the adoption of new technologies. The survey asked specifically about Risk-based monitoring (RBM) tools and electronic investigator site files. Seventy percent of large companies have used RBM as opposed to just 55 percent of small companies. Those figures for electronic investigator site files were 58 percent and 49 percent, respectively. Adoption rates of both technologies were slightly higher for service providers than for sponsor companies.

Many in the industry believe wearable devices and virtual trials are the future of clinical studies. Today, however, use of the two technologies remains low. Only 31 percent of sponsors and 24 percent of service providers report having used wearables and the collection of data via sensors. For virtual and site-less trials, those figures drop to just 25 percent for sponsors and 14 percent for providers. Again, the use of these technologies is greater in larger sponsor companies than smaller ones.

The bigger story here is in the percent of respondents who stated their companies plan to use these technologies in the future. Thirty-six percent of sponsors and 65 percent of providers plan to use wearables and sensors in the future. For virtual and site-less trials, those figures are 29 percent and 71 percent. This reinforces the belief that CROs will continue to play a large role in the clinical trials process even as more sponsors move into virtual trials.

Enrollment and engagement tools are also gaining in popularity. These technologies include online patient communities, data mining from EHRs, patient location and segmentation tools, and patient data-sharing tools. Most are currently being used by 30 percent to 33 percent of sponsors and 60 percent to 69 percent of providers.

What’s Holding You Back?

Four primary challenges were cited as the reason for not using new technologies. Cost is the first. This includes the cost of bringing the technology in-house as well as the cost of integration with existing systems.

Other challenges noted were integration and implementation, lack of familiarity with the technologies, and acceptance/culture change. The resistance to change, along with concerns about the risks involved, is clearly still on the minds of executives.

This is also an area where providers can help overcome challenges for sponsor companies. The survey found sponsors are looking to their providers to assist with overcoming these issues. Specifically, sponsors are looking to providers to help with validation and evidence that supports the use of new technologies, including ROI. They will also require assistance with evidence-based results, integration, and the promise of privacy and data security.

CROs note that sponsors also have a role to play in getting new technologies implemented. Provider respondents suggest that sponsors adopt more advanced data acquisition technologies, be more collaborative, and be more open to some risk and change.

The fieldwork for these findings was conducted between September and December 2018. Completed surveys were received from 128 respondents at 89 sponsor companies and from 159 respondents at 128 service provider organizations.