What Is Driving The Adoption Of EDC Applications? 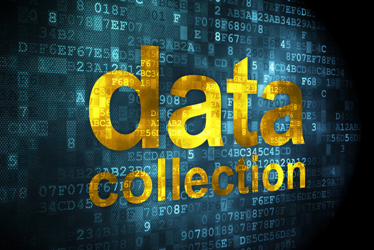 In December 2020, Industry Standard Research (ISR) released the 4th edition of its EDC Market Dynamics and Service Provider Performance report. Electronic data capture (EDC) systems allow a variety of users – clinical monitors, data managers, biostatisticians, study coordinators, investigators, patients – to input, review, and even present the data obtained throughout the course of a clinical trial. While essential to data collection, EDC systems can be challenging in a variety of ways, especially as clinical trials evolve in complexity. For example, the quest for speed and flexibility can collide with ease of use and intuitive design. Even so, the intended benefits of ensuring high-quality data, saving money, and reducing trial delays must outweigh the challenges given its broad preference.

I spoke to Sherry Hubbard-Bednasz, market research director at ISR, for some insights into the report and its findings.

Ed Miseta: Your report shows an overwhelming number of respondents (94 percent) prefer EDC applications over paper. Has that number been steadily increasing over the last few years? 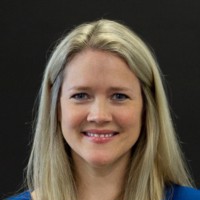 Sherry Hubbard-Bednasz: Indeed, you don’t see a market research stat like that too often. It is important to note that participants were required to pass several screening criteria to participate in this study, including some degree of familiarity with EDC products and new for this year, recent use of at least one EDC product. That may or may not have an impact on preference. We conduct the EDC survey approximately every two years. Since 2013, we have seen respondent preference for EDC applications over paper CRFs increase by 17 percentage points. It is a bit of a leapfrog, especially in this industry. (77% in 2013, 91% in 2015, 86% in 2018, 94% in 2020)

Miseta: Your survey found respondents, on average, use 2.4 EDC systems and expect that to increase to 2.9 systems in three years. The average number of preferred providers is expected to increase from 1.7 to 2.2. Do those increases mean companies are working with more than one CRO that have their own EDC system?

Hubbard-Bednasz: Interestingly, the number of EDC systems in use and the number projected are down from numbers reported two years ago – 3.2 in use in 2018 and 4.1 projected for 2021. Perhaps the numbers this year are an adjustment of expectation and the challenge of working with more than one system. The EDC survey does not specifically capture the rate of respondent use of CROs with EDC systems. We know many companies turn to CROs for the heavy lifting of their clinical development programs. CROs may take on the key roles of data management, monitoring, and analysis – all in the domain of EDC utilization. In this regard, a CRO and sponsor need to be aligned on the EDC system being used. The interplay of established preferred EDC providers may also streamline CRO partnerships in the same way.

Miseta: Over the past two years the number of EDC trials using sensors and wearables is expected to increase from 22 percent to 38 percent. Is a lot of that increase due to the pandemic and the move to decentralized trials, or was that movement already underway prior to COVID?

Hubbard-Bednasz: In 2018, respondents said 17% of EDC trials collected data transmitted from these devices with an expectation for double the use, 34%, in 2020. And here we are in 2020 with 22% of trials reported. I want to say that the use of these devices is not easy to put in place. The potential is indeed there but the myriad of hurdles to actually incorporate them in clinical trials is daunting. A number of scientific, regulatory, privacy, and data-related challenges come to mind. At one point in the survey, we ask what improvements respondents would like to see made to today’s EDC systems. There were quite a few mentions of wanting better remote monitoring capabilities to accommodate decentralized trials during the pandemic. The question is, will we want those remote capabilities to stick around once the air clears? Our guess is yes.

Miseta:  You asked respondents about improvements they would make to today’s EDC systems. How did they respond to that and what does it tell you about changes that vendors need to make to their products?

Hubbard-Bednasz: To say respondents were candid about the ways they would improve these systems is putting it mildly, which is great because we – and vendors – glean so much valuable information from their shared experiences. More than half of respondents (58%) cited two improvements collectively: more intuitive and “less clunky” interfaces and better system integration. Users want a smooth and simple experience but also want these systems to seamlessly talk to a variety of other systems, labs, and EHRs. Increased speed and customizability were next on the wish list. One respondent’s comment comes to mind – “Perfect mixture of standardization and flexibility”. These two terms fly in the face of each other, yet this is resoundingly what EDC users want. Indeed, an ongoing tall order for vendors to bridge these concepts.

Miseta: Did respondents share any thoughts on how EDC vendors can help them to reduce the time (and therefore cost) required to conduct clinical trials?

Hubbard-Bednasz: We asked respondents which items from a pick list would have a substantial impact on reducing the time needed to conduct a clinical trial. One-quarter to two-thirds of respondents said every solution would have an impact, meaning all options were on the table. Upon asking for the one way that would have the greatest impact, two things resonated the most, and with one-third of respondents each: faster database build times and better integration of the data between the EDC software and other systems (eCOA/ePRO, IVR, CTMS). As the adage goes, time is money. The sooner an EDC system can be up and running, the sooner a trial can start. The easier it is for an EDC system to cross-communicate with other data sources, the fewer the delays and redundancies and less time spent troubleshooting.

Miseta: It appears Medidata, Oracle, and Veeva are the industry leaders in the EDC space. Are you surprised by those results and are there any up-and-coming companies that are expected to make a splash in that space?

Hubbard-Bednasz: Medidata, Oracle, and Veeva claimed the top spots when looking at measures of product use and familiarity. Calyx (formerly Parexel Informatics) and Bioclinica rounded out the top five. Medidata has dominated the EDC space for some time, so no surprise there, and is perhaps evidence of their ability to carve out a “one size fits all” application. Reported respondent preference for an EDC product also revealed Medidata’s favor across all phase types. At the same time, Calyx (formerly Parexel Informatics) rated highest across five of the seven provider performance categories measured. Veeva’s user rates initially lifted an eyebrow since they’ve only been in the EDC space for about five years, however, we have seen similar rates for Veeva in other studies. As for companies to watch, Medrio has the performance chops but nearly half of sample respondents said they had never heard of their product. Boosting awareness will be key to increasing their user adoption.