When It Comes To Study Start-Up, The News Is Still Bad 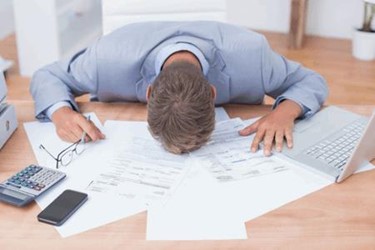 According to data from Tufts Center for the Study of Drug Development, in 2005 there were 6,465 drugs under development globally. By 2015, that number had soared to 10,686. Unfortunately, during that time other metrics that could be used to measure the success of pharma R&D efforts moved in the wrong direction. The cycle time from IND filing to NDA submission increased from 6.3 years to 6.8. The approval rate of drugs entering clinical trials fell from 16.4 percent to 11.3 percent. And the cost to develop a single successful drug more than doubled from $1.04 billion to $2.56 billion.

Much of the bad news lies in the large and expensive Phase 3 trials that are required for regulatory approval. In the four-year period from 2001 to 2005, the typical Phase 3 trial had 7 endpoints and 31 eligibility criteria. In the four-year period from 2011 to 2015, those numbers increased to 13 and 50, respectively. The number of visits increased from 12 to 15 while the number of procedures increased from 110 to 187. There were similar increases in the number of investigative sites (rising from 40 to 65) and the number of countries in which the trials are conducted (rising from 5 to 10). Most shocking is the number of data points collected, which rose from 494,236 to 929,203.  All of this serves to make clinical trials, and the study start-up process, more complicated.

How Bad Is Study Start-Up?

The START II Study, conducted by Tufts CSDD and technology provider goBalto, attempted to determine how bad the study start-up process had become, and how pharma could address the growing problem. The study, conducted between January and February 2017, queried 549 companies. Approximately 55 percent were pharma and biotech, with the majority of respondents being in North America.

First the bad news. It now takes six to seven months on average to perform study start-up. Wide inconsistencies were observed in the data, with differences between new and repeat sites (repeat sites were about 10 weeks faster), and sponsors versus CROs (CROs complete start up faster). But one finding was clear. Despite new technologies making the start-up process easier, we still have 11 percent of sites that are never activated, a figure which has not seen improvement over the past decade.

The rate of technology adoption is also part of the problem. Approximately 80 percent of respondents who have invested in study start-up management technology report time savings. Respondents noting their technology was adequate had 30 percent shorter cycle times than those with inadequate technologies. While that seems to be good news, only 28 percent of sponsors noted they use a clinical trial management system (CTMS). A whopping 51 percent still use spreadsheets, and another 6 percent still manage their trials using a paper-based solution. Many sponsors defer the management of their trials to CROs, but only 47 percent of CROs use CTMS, while 32 percent use spreadsheets and 2 percent still use paper. New technologies can be a real time saver, but only if you’re using them.

Two of the key areas where challenges exist in getting trials off to a quick start are site identification and site selection. When it comes to site identification, there is no single source of data used to identify sites, and there is still heavy reliance on low tech approaches that are non-evidence based. With site selection, there is a lack of site/investigator responsiveness. Improvement in both of these areas will rely heavily on new technologies, namely the pooling and sharing of data on site performance and obtaining better evidence of a site’s true enrollment potential.

When you look at the rates of technology adoption, it is not surprising that the level of satisfaction with start-up processes is quite low. The survey found only 10 percent of respondents to be very satisfied, while 30 percent to 40 percent reported they were somewhat unsatisfied or completely unsatisfied with their processes. The survey also found cycle times to be correlated with satisfaction. Respondents who noted they were satisfied with study start-up reported cycle times almost 58 percent shorter than those who reported they were completely unsatisfied.