Why Is Study Start-Up Still So Inefficient? 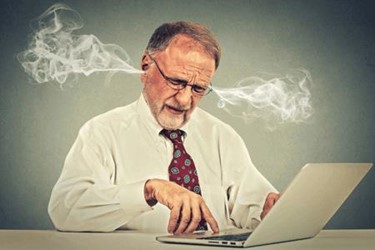 The Tufts Center recently completed a study on the clinical trial start-up process, which solicited responses from more than 300 individuals at pharma companies and CROs. This was actually a follow-up study to one that was conducted in 2009. That study specifically looked at the site initiation process, examining the timeframe necessary to complete certain activities. The survey found wide variation between companies, indicating that company practices are highly inconsistent.

“This has always been a difficult area to understand,” says Ken Getz, director of sponsored programs at the Tufts CSDD, Tufts University School of Medicine. “It’s difficult to understand why there is so much variation and why there are so many inefficiencies and delays. That was the impetus behind this follow-up study.”

The new study focused on the end-to-end process of site identification through site initiation, on the challenges organizations are facing, and on new tools, technologies, and approaches being developed to overcome those challenges.

First, the survey found the overall site cycle time is long. The total end-to-end process from site identification through to site initiation took nearly 7 months (31 weeks) on average. Most distressing is the fact that compared to numbers generated almost 10 years ago, Tufts CSDD found the cycle is not getting any faster.

“In this study we took an even more nuanced look at the practices and experiences that companies are having, and their level of satisfaction with those practices,” states Getz. “We also wanted to determine the strategies and tactics some companies are using to deliver speed and efficiency with less variation in their practices. This is the first time – to our knowledge – that we have seen a scholarly study trying to discern the different processes involved in working with new sites versus familiar (repeat) sites.”

Generally, when a sponsor or CRO has a good experience with a site, it would make sense to continue to use that site again. But Getz notes that time and time again, almost a third of all investigative sites in a study are new to the sponsor or CRO. There are explanations for the high number of new sites. For example, rare and orphan disease trials often require companies to work with sites and investigators they have not interacted with in the past. More complex protocols are also leading to increased difficulty in finding patients who meet the inclusion/exclusion criteria, especially in an environment where companies are competing with other studies for many of the same patients.

“Companies are turning to databases and other solutions to try to streamline and automate their ability to identify sites,” says Getz. “However, when new investigators with no prior track record or performance experience are introduced – which seems to be a common occurrence – the databases are rendered incomplete.”

A High Threshold For Inefficiency?

One finding from the study was that 11 percent of all sites are never activated; they fail to enroll a single patient. That is a stat that you may have heard before. What you may not know is that over the last 20 years, that figure has not changed.

“That is simply incredible,” notes Getz. “With new technology solutions and practices and the increasing number of dedicated personnel managing site relationships, it’s surprising that we have not been able to make any headway in reducing the number of non-recruiting, non-activated sites.”

“The main reasons why some sites do not get activated relates to budgets and contract negotiation issues,” adds Consultant Beth Harper, president at Clinical Performance Partners and a contributing partner on the study. “We have heard that response in the past and it was further reinforced here. It almost seems like the industry has an acceptance of inefficiency. A lot of effort, resources, and time will go into identifying and activating sites. But for some reason, the industry seems willing to accept the fact that they will have to account for this level of waste in the system. That is a fairly high threshold for inefficiency.”

How sponsors and CROs deal with this problem also varies. Some will proceed with a specific number of sites and then deal with the non-enrolling sites in what could only be described as a reactive mode when it’s clear some are falling short of their enrollment goals. That will require additional time and could delay the start of the trial. Others do plan for this anticipated shortfall in advance, and will reach out to more sites than they think are needed. That could serve to increase the cost of the trial. “The practices are all over the place,” states Harper. “We are still fairly unsophisticated when tackling an activity that should be our bread and butter at this stage of the game.”

Where Are The New Technologies?

Another insight from the survey is that there seems to me a mixed level of satisfaction with the entire site management process. Once again, that level of satisfaction does not seem to be changing or improving. Around 40 percent of sponsors and CROs surveyed noted they were somewhat or completely unsatisfied with the process. Getz also noted that only 20 percent of respondents felt the technologies and tools they are using were “adequate” to perform required functions.

“We seem to be very complacent and accepting of a process that is fraught with inefficiency and delay,” says Getz. “In many sponsor companies, the site management task is separated and compartmentalized.  Many of the newer solutions and tools, which take a long time to adopt, are simply not making it into the mainstream. They are being piloted and tested on individual studies but are not consistently used and adopted.”

Not surprisingly, Getz found organizations making greater investments in technology were also reporting higher levels of satisfaction. He believes there are a few companies with products that are certainly becoming more visible and accepted, such as GoBalto. He also cites the efforts of TransCelerate in helping to reduce timelines via initiatives such as their shared investigator database. Although he sees more investment being made in this area, he feels it is too early to tell how well these technologies will be adopted by pharma.

“I don’t think implementation delays have anything to do with the functionality of the tools,” adds Harper. “Some of the newer tools really do enable better decision making, and they are replacing very unsophisticated tools such as spreadsheets and other paper-based methods. I believe there is still a mindset in the industry that this is not a big enough pain point to warrant the investment. That is a mindset that has to change.”

Finally, the survey sought to discover if there were any factors or predictors that seemed to drive a higher level of performance related to cycle times. CRO usage was discovered to be one factor that was positively correlated with faster cycle times, indicating that CROs may have greater expertise in this area than their pharma counterparts. In this survey, that added expertise equated to about a six-week time advantage in the full end-to-end cycle of a Phase 2 and Phase 3 study.