Why The Explosive Growth In Post-Approval Research? 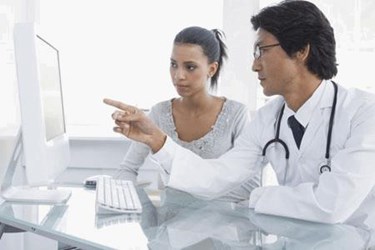 “From a historical perspective, pharmaceutical companies are spending more money on conducting post approval research,” says Nayan Nanavati, COO, post-approval research at Bioclinica. “Additionally, post-approval studies are larger than ever before and have become dramatically more complex. There are more patients and sites spread throughout the world. The increasing complexity also introduces additional cost, points of stress, and potential failure into an already expensive and time-consuming process of evaluating and testing new medicinal products.”

In the world of post-approval research, the industry went years without any significant regulatory changes. But today, with more drugs being granted fast-track designation, regulatory agencies are requiring more long-term safety and efficacy data from the broader population in real-world settings.

The Need Changes With Conditions 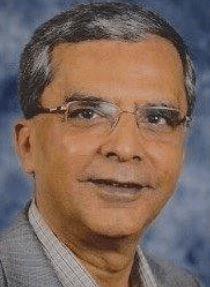 Nanavati notes that in the 1970s, post-approval studies were not a concern for most sponsors or regulatory agencies. They were not viable, visible, or even considered in the approval of most drugs. The words post-approval first appeared in the 1980s, when the FDA began to approve drugs with post-approval research being a required condition of that approval.

“Back then, those conditions were really requests by the FDA. For the pharmaceutical companies, they were merely voluntary efforts,” says Nanavati. “It wasn’t until the 1990s that requirements related to post-approval research began to change, especially with HIV and the greater focus on cancer research. The FDA started to grant accelerated approval to certain products. Once they began handing out accelerated approvals, they started requiring post-approval research.”

Essentially what FDA said is, “It is in the benefit of patients and the community at large to have access to this drug. Therefore, we will accelerate and approve your drug provided you carry out post-marketing studies.” According to Nanavati, that accelerated approval process marked the beginning of growth in post-approval research. In the area of oncology, merely showing that a drug worked was no longer good enough. Companies needed to show the benefit of their drug by providing additional information after marketing, such as data on increased survival and improved quality of life.

Beginning in the year 2000, the industry again saw renewed activity and interest in the area of post-approval research after several high-profile drugs were withdrawn due to safety concerns. “Between the years 2000 and 2005, I believe there were 11 products withdrawn from the market due to long-term safety related issues,” says Nanavati. “As a result, drug safety after approval suddenly become a political issue and an area of focus for sponsor companies. In order to better manage those safety issues, the FDA also began asking pharmaceutical companies to conduct more post-approval research.”

“In the first five years after FDAAA was implemented, the agency was mandating 3.2 post approval studies for each product it approved,” he says. “But we also had more pharmaceutical companies initiating post-approval research on their own, recognizing the value in demonstrating safety in order to protect their valuable assets. They were also seeing increased pressure to do so from politicians and the general public.”

The safety concern is a critical one. As a drug moves from Phase 1 through Phase 3 in the development cycle, pregnant women and children under the age of 18 are excluded from participation by design. Therefore, once the drug is approved, the FDA would like to see studies performed on those groups as well. Post-approval research can also include more minority participants who historically tend to be under-represented in clinical trials. Today around 80 percent of total expenditure on post-approval research goes to safety-related studies.

Changes in the regulatory framework have also contributed to the explosion of post-approval research in recent years, but they may not go far enough. Over the last 10 years, congress has provided funding to create what Nanavati refers to as co-regulatory agencies to address specific topics. One example is the Agency for Healthcare Research and Quality (AHRQ), which was created to address surveys on real-world research. More recently congress approved funding for the Patient-Centered Outcomes Research Institute (PCORI). Although these groups attempt to standardize post-approval research, Nanavati notes there is still no regulatory framework addressing the goals of post-approval research.

“Despite the efforts of these agencies, pharmaceutical companies are driven by market-focused initiatives, and they follow their own policy and procedures,” he states. “As a result, we have not fully realized the benefits of post-approval research. I think what we need, as an industry, are more regulatory documents that allow us to standardize the way we conduct post-approval research. Clinical research is conducted using Good Clinical Practices (GCP). But GCP was intended as a guidance document that would apply to Phase 1, Phase 2, and Phase 3 trials. Companies are now blindly applying a majority of GCP elements to post-approval research in a one-size-fits-all manner. What we need are Good Post-Approval Practices (GPAP) which are uniquely different than GCP.”

Nanavati also believes we need to reevaluate the goals and practices of ethics committees and standardize clinical economic outcome forms and data points. Additionally, he recommends the industry stop applying early-phase, pre-registration procedures to post-approval research and start evaluating the myriad of external factors that are affecting health care.

“It is really time for us to focus on the regulatory framework for post-approval research and start thinking about how we can better conduct it,” he says. “We need to do it better and make it less cost-prohibitive. We can only do this by improving the registration framework, addressing the external healthcare factors, and creating a paradigm for post-approval research that gives us a better return on the investment.”

Reducing Cost Is A Priority

To make this happen, Nanavati has several recommendations. First, the studies need to become more patient-centric. He believes patients need to play a significant role in post-approval research. He notes this is already happening in some cases, pointing to a cystic fibrosis study where the protocol and end points were developed with input from the patient community.

Second, he recommends bringing practice-based commissions into post-approval research. The industry has tended to rely on prescribers to carry out post-approval research. Practice-based clinical researchers from specific consortiums would provide a better standard practice of care and provide added value to the study. These groups could better share information learned from the study with practitioners dealing directly with the patient community.

To address the cost issue, Nanavati believes we need to rethink how we perform post-approval research. Instead of having patients visiting sites and meeting with physicians, home nursing networks could send nurses to visit patients in their homes. This would relieve the burden on doctors, sites, and patients. In Europe this model resulted in improved protocol compliance by patients. Regional central investigator sites could monitor a given state or region in the U.S.

“In real-world, post-approval studies, you don’t need that intense interaction between a patient and a physician,” adds Nanavati. “Patients simply need a number for a central physician, who they can call with questions. This one change can result in costs being reduced by as much as one third. It is also the ideal model for simple observation studies, survey studies, or basic reported outcome studies.”

Finally, Nanavati believes new technologies need to be incorporated into post-approval research. He acknowledges many sponsors tend to resist new innovations in their regimented Phase 1, 2, and 3 studies due to the regulatory mindset held by many individuals. Regulations, policies, and procedures cause many study coordinators to resist innovation and change. This is where post-approval research is different.

“We have much more room to be innovative,” he says. “Post-approval research is the perfect platform in which to introduce emerging technologies. Additionally, we need to be able leverage mHealth, wearable and mobile technologies, and even EMR (electronic medical record) data that already exists in doctors’ offices. It will improve efficiency and allow us to obtain real-time data as opposed to incremental data.”

Post-approval research will only continue to grow in importance. The size and cost of these programs, absent any change, will also continue to rise. But the cost of having your drug pulled from the market costs even more. Avandia, a billion-dollar diabetes drug produced by GSK, had to be pulled from the market when safety concerns surfaced. The subsequent post-marketing study conducted on it cost the company several hundred million dollars.