Will A New Diagnostic Platform Be The Key To Early Cancer Detection? 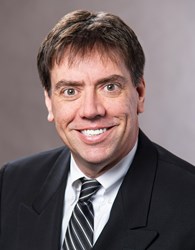 Accurately exploring biomarkers is instrumental to detecting cancer early. As long as there are markers linked to a specific type of cancer, early detection is significantly simplified. “Markers help to detect certain cancers, and are also critical after the surgery, to detect whether the cancer is returning,” says Paul Chapman, CEO of diagnostics measurement firm Quanterix. “Since curing patients of cancer is all about early diagnosis, detecting it earlier rather than later is critical to saving patient lives.”

Using an immunoassay to detect cancer is nothing new. The ELISA (enzyme linked immunosorbent assay) has been around for decades. With the immunoassay technology, an antibody is designed that is specific for a target, which is a marker that can be detected in the patient’s blood. The antibody is very specific to the marker and will bind to it. Another antibody, which is specific to the target and has a fluorescent marker attached to it, will also bind to the target, forming what is called an immuno sandwich assay (the bread is the antibodies and the target is the inside of the sandwich).