Will IBM's Watson Identify Patients For Your Next Trial? 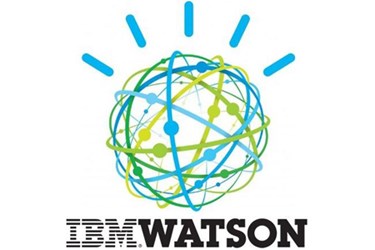 Will ICON and IBM succeed in revolutionizing clinical trial recruitment and start-up times? Both companies certainly hope so, and look forward to combining assets to make the vision a reality.

The cost and time invested by pharma companies in clinical trials is considerable. Each year more than $1.2 billion is spent on patient recruitment alone. Still, fewer than five percent of cancer patients will participate in a clinical trial. Adding to that headache for sponsors is the time involved. Starting up a global Phase 3 drug trial can take six to twelve months, with another twelve months necessary to enroll the required number of patients. This is a struggle most sponsors know all too well.

On September 10th ICON and IBM announced they are working together to reduce the time and cost of drug development, and in doing so will also offer enhanced quality of care to patients by connecting them to relevant clinical trials. If successful, the collaboration will be instrumental in helping to solve the patient recruitment challenge which for years has been a stumbling block to both CROs and sponsors.

According to the release, ICON will tap the cognitive computing power of Watson to automate the cumbersome process of identifying patients who meet trial criteria. Additionally, Watson will analyze trial protocols to assess trial feasibility and identify optimal trial sites.

ICON will initially be applying Watson Clinical Trial Matching to trials in breast, lung, colon, and rectal cancer. In doing so, ICON will be better able to advise sponsors on the number of patients matching their criteria, where they are located, and how to best recruit them. To do so, Watson Health Cloud will access de-identified patient data, including 50 million patient records contained in the data set from Explorys. Explorys, a healthcare intelligence cloud company, was spun-off from the Cleveland Clinic in 2009 and acquired by IBM in April 2015.

Certainly the supercomputing powers of Watson are what will make the cost and time savings possible.

“Watson will allow the investigator to access the medical records of patients and simultaneously look at the clinical trials that are available to patients,” says Dr. Stephen Cutler, Chief Operating Officer for ICON. “It will then match them up using the inclusion and exclusion criteria that have been put in place for those trials and come back with a list of trials that are available to the patient based on the data in their medical records”

In an oncology trial, a patient might come in and undergo a clinical diagnosis. A doctor would look at the scans, lab results, and other material available. That same physician might then look at all of the cancer trials taking place throughout the organization. They would then manually retrieve all of the protocols, sit down, and determine it that patient meets any of the available protocols. It is a very manual process, and if that physician is dealing with many patients as opposed to just one, it’s not difficult to understand why the recruitment times can be so great.

“From the electronic patient medical records that exist within the institution, Watson can now do that for us,” notes Cutler. “Watson is able to match quantitative things such as lab values, but also investigator notes. It can look at keywords in those notes and find potential patient matches. The investigator can then perform some additional clarification if necessary. It simplifies patient selection by automating the entire process.”

The effect on feasibility alone could be huge. If preparing to start a new trial, how do you know the number of patients who are actually out there? Traditionally sponsors and CROs have reached out to sites that have recruited for that indication in the past, but a site proclaiming it can produce 100 patients could easily produce 50, 25, or none. Cutler equates this approach to sticking a finger in the air and making a guess. Hardly a reliable approach to recruit for a trial that could cost the sponsor company millions. By using technology to identify and locate the potential number of patients, Watson is able to eliminate a lot of the guess work, making this portion of the trial more automated, practical, quantifiable, and efficient for investigators.

Acquisitions by IBM of companies having access to patient medical records, such as Explorys, are what have made this model possible. In May IBM also announced a collaboration with Epic and the Mayo Clinic to bring Watson’s capabilities to the electronic health records (EHRs) of both institutions. Epic alone has over 350 customers, including some of the largest and most recognized healthcare systems in the world.

“These are patients who have already consented to have their records reviewed, and those records have been de-identified,” says Cutler. “Because of that, there are no patient confidentiality issues. When you consider that Watson will have access to the records of 80 million patients across the U.S., that is a large database that can be mined for the benefit of both the patient as well as the trial sponsor.

Currently Watson only has access to patient records in the U.S., primarily in Ohio and the Midwest. While 80 million is a good number, it can certainly be better. One of the challenges going forward will be finding ways to get even more patients into that database. Additional acquisitions by IBM might be the key to making that happen, and Cutler anticipates that will happen.

Will access to the database eventually be opened up to other CROs in addition to ICON? The answer to that will obviously be up to IBM. ICON has a pilot agreement in place that will allow the company to work with IBM over the next six months, during which time about 25 protocols will be run, all focused on colon, rectal, breast, and lung cancer. At the end of the pilot Cutler notes an evaluation of the success of the effort will be performed.

“I feel we have first mover advantage from that point of view,” he adds. “But we certainly have not discussed any type of exclusive arrangement with IBM. We believe this is a good thing to be involved in and as an innovative company we want to be on the cutting edge of using these types of technologies to reduce that recruitment burden for both sponsors as well as their patients. We are optimistic and believe this is an effort that is worth pursuing.”