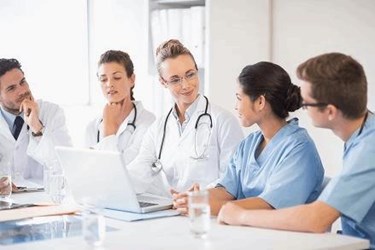 Boehringer Ingelheim Pharmaceuticals has announced the launch of a global program designed to evaluate the use of its PRAXBIND medicine, which received FDA approval in October 2015. The program, titled RE-VECTO, will gather data to better understand the actual usage of PRAXBIND in clinical settings. PRAXBIND is a reversal agent for PRADAXA. It is intended for patients treated with PRADAXA when reversal of the anticoagulant effects is needed for emergency surgery or other urgent life-threatening situations, such as a patient with uncontrolled bleeding.

According to a company representative, this indication received accelerated approval based on a reduction in unbound dabigatran and normalization of coagulation parameters in healthy volunteers. Continued approval for this indication may be contingent upon the results of an ongoing cohort case series study. The emergency situations in which PRAXBIND may be used can vary greatly, such as a car accident requiring emergency surgery or other severe bleeding events. The data captured via the RE-VECTO program will help the company better understand the actual usage of PRAXBIND in the clinical practice setting. 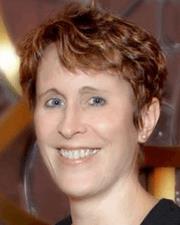 PRAXBIND is the first and only specific non-vitamin K antagonist oral anticoagulant (NOAC) reversal agent approved for use in emergency situations when immediate reversal of the anticoagulant effect of PRADAXA is required. Accelerated approval for PRAXBIND was granted based on results from Phase I data in healthy volunteers. The efficacy and safety of PRAXBIND continues to be evaluated in RE-VERSE AD, a Phase 3 global clinical trial.

Results from an interim analysis of RE-VERSE AD show that PRAXBIND immediately reversed the anticoagulant effect of dabigatran, the active ingredient in PRADAXA, in critically ill and high-risk patients in emergency situations.

BI believes the data collected from this program will help it to better understand how, and in which situations, PRAXBIND is being used in clinical practice. Ultimately, this information may help the company provide healthcare professionals and patients with relevant information about anticoagulation reversal when making treatment decisions. Thus far, review and analysis of safety reports received since approval have provided no evidence for any change in the safety profile of PRAXBIND.

“PRAXBIND was made available immediately following FDA approval in October 2015, and is now stocked in more than 2,760 hospital pharmacies in all 50 states,” said Sabine Luik, MD, SVP, medicine and regulatory affairs for BI. “By their nature, every emergency situation is unique. We believe that RE-VECTO will provide important additional insights into the different situations PRAXBIND is used in. This may ultimately help improve care for PRADAXA patients in the rare event that reversal is needed.”

According to Luik, RE-VECTO is a global, multicenter drug administration surveillance program. Data for RE-VECTO will be captured through hospital pharmacies where PRAXBIND is dispensed, and there will be no interaction with patients. The data will include information about the types of patients and situations in which PRAXBIND was used.

The study was also not a requirement of the FDA accelerated approval. The clinical development program for PRAXBIND is ongoing and RE-VECTO is just one piece of those activities. Luik said her company places great importance on the value of real-world research. The launch of RE-VECTO is another example of the company’s commitment to evaluating the use of its medicines in clinical practice. “Beyond clinical trials, this type of data will expand our knowledge of the use of PRAXBIND and may help inform treatment decisions,” she says.