WIB Profile: Challenges And Benefits Of Performing Trials In India 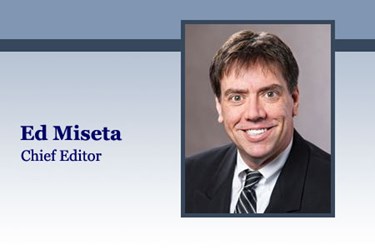 Mithra Bindhu is an entrepreneur at heart who currently serves as the executive director of Asiatic Clinical Research, a CRO that is headquartered in India. Bindhu, based in Atlanta, GA, is the founder and one of the principal investors in Asiatic and currently serves as the vice-chair for the Atlanta chapter of Women In Bio, which she co-founded. Bindhu is a marketing professional with a successful track record in international markets. She was also a co-founder of FAST Inc. NY and worked as head of sales from 1993 to 1999, playing a key role in the company reaching revenues of $20 million.

We recently spoke with Bindhu about her company and the challenges/opportunities for companies conducting clinical trials in India.

1. Tell us about your position with Asiatic Clinical Research.

Asiatic is a clinical CRO headquartered in Bangalore India.  Our sponsors are typically biotech and small- to medium-sized pharma companies in the U.S. and Europe. Our primary strength has been in helping companies to rescue clinical trials gone wrong, especially the ones where almost everyone else had given up.

I am one of the co-founders and handle business development in the U.S. Unfortunately, there is no typical day! One of my priorities is to network with other CROs and leverage each other's strengths. WIB is an organization that has really helped me to build this network.

2. Rescuing a trial that is in distress doesn’t seem like an easy chore to accomplish.

It’s definitely not, and it’s one of the aspects of my job that makes my work a challenge each and every day. By the time you get called in to save a trial there can already be a lot of bad feelings on both sides and you have to delicately work with both to make the save successful. Then there is the transfer of the study to a new location and the salvaging of any usable data. But we also know that if we are successful we can save the entire study for a client, save them millions of dollars, and possibly deliver a much needed medicine to a patient. So there is a lot of satisfaction when we are able to pull it off successfully.

3. What do you feel is one of the biggest challenges many smaller pharma and biotech companies face when attempting to conduct clinical trials in India?

The regulatory scenario has certainly been very challenging for the last two years. DCGI (Drug Controller General of India) is the regulatory authority in India and it recently made an attempt to overhaul the entire system for performing trials in India. In doing so, I feel the effort has taken too long and has made the system too complicated for companies wanting to conduct business here.

Understanding the local culture and local issues can also be challenging. It is easier to have somebody on the ground to get the work done than otherwise. For example, a post-menopausal study would be more difficult to recruit for in India than in the U.S.

Finally, I think an even bigger issue for many smaller pharma and biotech firms is that bigger CROs do not allocate their top talent to these companies. Typically, smaller companies will tend to be assigned to the "B" team. This can result in a study taking longer than planned or being more difficult to complete.

4. You mentioned the DCGI project, which took more than 14 months to complete. That project obviously put many projects on hold for some time. Can you discuss what has changed as a result of this effort and the impact it is having on the industry?

The DCGI is comparable to U.S. FDA. Due to the very long waiting time of the project, many CROs closed shop. There were sponsors that selected other countries in SE Asia to do business in. As a result, many people lost their jobs and the industry was adversely affected. It may now take years for the industry to fully recover from it.

However, the positive outcome of the regulatory overhaul is that patient compensation is clear, ethics committees are registered, doctors can conduct only three trials concurrently, and more. I believe in the long term these changes will be good for both the industry and patients.

The DCGI is also trying to work with the FDA, and Dr. Margaret Hamburg even visited DCGI earlier this year. (See details of the visit here: http://www.cdsco.nic.in/forms/list.aspx?lid=1868&Id=1)

5. One challenge pharma and CROs are facing is how to get medicines to market quicker, while keeping them both safe and effective. Are there advancements occurring in clinical trials that you think will help improve this process going forward?

While medicines do take an average of 10 years to get to market, the process can be quicker if trials can be more adaptive. I believe several things can help to speed the process. I feel we need to make an effort to arrive at a success/fail decision faster. Using web based technology to capture data will result in significant time reductions, and integrating remote monitoring should help to reduce costs. I think adaptive clinical trials will also be effective.

6. Can you tell us how Women In Bio has helped you and other women in the industry through the support they provide to members?

WIB is a phenomenal organization! It has exceeded my expectations on many levels. The network is fantastic and nearly all the women I have met reach out and try to help each other. The YWIB (Young Women In Bio) group is opening up STEM events to the grass roots level. We work with kids in K1 through K12 in public and private schools.

Specifically in the WIB-ATL group, we have helped our members to connect with leaders in the industry for jobs. The MAPS/MAPSU program, which helps to mentor grad students, is gaining momentum and we expect to see it grow significantly in the future.