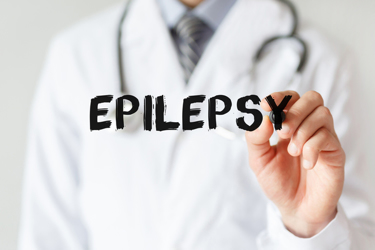 Zogenix has been part of the drug development industry for about 12 years. The public company, located just across the Bay Bridge from San Francisco, has now been through a couple of iterations. It started out as a pain treatment company but quickly realized that was not an area where it could make a transformational difference in patients' lives. In 2015, after a few years in business, the company divested all pain assets, reduced the headcount to 30, and opted to retool the organization to focus on rare diseases.

“We changed our entire R&D focus to rare diseases in which there was significant need,” says Ashish Sagrolikar, COO for Zogenix. “This was an area where we felt we could better serve patients and develop truly novel and meaningful therapeutics.”

One asset, Fintepla (fenfluramine oral solution), is approved in the U.S. and Europe for the treatment of seizures associated with Dravet syndrome in patients two years of age and older. Fintepla is also being evaluated in other rare childhood onset epilepsy disorders, including Lennox-Gastaut syndrome and, through investigator-initiated studies, CDKL5 deficiency disorder and Sunflower syndrome. Top-line results for the Lennox-Gastaut global trial were announced in the first quarter of 2020, with full results shared at the Virtual AES 2020 this past December. Due to the strong data from an investigator-initiated CDKL5 study, the company will be embarking on a Phase 3 study in 2021 for this condition.

All three Phase 3 trials Zogenix conducted with Fintepla for the treatment of patients with a rare, severe epilepsy called Dravet syndrome included individuals whose seizures were not adequately controlled on one or more current anti-epileptic medications. Study 1 showed a 74.9 percent reduction in convulsive seizure frequency from baseline in the Fintepla group compared to 19.2 percent in the placebo group. Furthermore, 68 percent of patients on Fintepla experienced ≥50 percent reduction in monthly convulsive seizures in comparison to 12 percent in the placebo group. Results of Studies 2 and 3, as well as ongoing long-term open label extension studies, corroborate the highly statistically significant convulsive seizure reductions seen in Dravet syndrome patients treated with Fintepla.

A Focus On Safety

Throughout the trial and its design, a primary focus for Zogenix was the safety of patients enrolled in the study. In the eighties and early nineties fenfluramine was used at higher doses as an appetite suppressant/weight loss treatment for adults struggling with obesity. Sagrolikar notes it was prescribed both on its own and, more often, in combination with phentermine as part of the anti-obesity medication “fen-phen” in adults. Although initially touted by some as a miracle medicine, the diet drug was later blamed for damaged heart valves in some patients and several cases of pulmonary hypertension.  Based on these reports, the drug was removed from the global market after millions of patients were treated. For this reason, Zogenix worked closely with regulatory agencies and international cardiology experts to ensure proper and extensive cardiac monitoring was conducted for all patients in the company’s clinical studies. Those patients received extensive safety monitoring including regular echocardiogram testing. Importantly, no cases of valvular heart disease or pulmonary hypertension have been observed in any patients treated with Fintepla.

“From the moment we considered studying our treatment, patient safety was our primary priority,” says Sagrolikar. “Our biggest focus in designing the clinical trials was the monitoring of patients. We wanted to make sure if there were any side-effects, that we would be aware of them.”

Each patient who entered the study had to undergo a baseline echocardiogram prior to enrollment. That test would be repeated every three months for as long as the patient was in the study and in the open label extension study. According to Sagrolikar, those tests helped create one of the largest databases of echocardiograms in children under the age of 18.

“We completed over 5,000 echocardiograms in two years,” says Sagrolikar. “Fortunately, we have not seen a single cardiac event or anyone experiencing pulmonary hypertension. I believe that underlines the comprehensive safety monitoring program in place for our studies. Safety will continue to be a focus with the launched product, for which echocardiograms will be performed every six months so physicians can evaluate the benefit and risk profile of the treatment.”

Thus far almost all patients in the trial and open-label extension have opted to continue taking the treatment. And since the FDA approval last June, many Dravet syndrome patients in the U.S. studies have successfully transitioned to the commercial product.

Product Launch During a Pandemic

When preparing to launch a new product, there are many in-person meetings that occur. When launching a new product during a pandemic, those meetings become more difficult. That situation forced Zogenix to replace in-person meetings with greater online interactions and detailing via video conferencing, digital materials and videos, and other resources that physicians, caregivers, and other interested parties could review from the comfort and safety of their homes.

Zogenix also opted to support innovative training and education programs where clinicians and office staff have the ability to watch informative webinars on demand. Thus far the company has seen great engagement with the program. Zogenix wanted to ensure the lack of personal interaction would not be a hindrance for physicians recommending the product to patients. Additionally, Zogenix assembled a team of care coordinators to support parents of patients prescribed Fintepla with onboarding the patient to therapy through long-term treatment. The coordinators are nurses with an in-depth knowledge of the product who can provide education, consultations, and answer questions that patients, physicians, or caregivers might have as they consider the use of the product.

“This is a very serious condition and the seizure burden in Dravet syndrome patients is very high,” adds Sagrolikar. “Sixty-eight percent of patients experiencing more than 50 percent reduction in seizures is welcome news to patients and caregivers battling this condition. We believe our treatment will reduce seizures for many patients without harmful side effects, and potentially be able to produce positive results in patients as quickly as two weeks after starting the medication. In many patients from our clinical studies, we’ve seen the seizure control remain safe and effective for up to three years, a time period we hope to see extended now that we have begun to launch the commercial form of the product.”