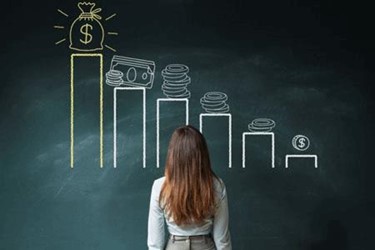 A 2017 compensation study has found that employee turnover in clinical monitoring jobs outside the U.S. increased significantly in 2016. The 19th annual CRO Industry Global Compensation and Turnover Survey, conducted by HR+Survey Solutions, noted that turnover in the clinical monitoring job function, which monitors participants’ health during a clinical trial, jumped from 16.4 percent in 2015 to 22.9 percent in 2016, an increase of 40 percent.

In the U.S, turnover for clinical monitoring jobs at CROs remained high at 25.8 percent, an increase of 2.7 percent from the prior year. That number is much higher than the estimates of overall U.S. professional turnover, which stands at 17.8 percent.

The increase in turnover was matched, not surprisingly, by increases in salaries for those positions. While salaries in professional, non-managerial clinical research positions were expected to increase by 3 percent due to annual merit increases, actual salaries increased by an average of 8.3 percent.

While it might be hard to imagine losing one out of every four of your employees in a single year, for some countries the news was far worse. Countries that were the top losers in the turnover game included Taiwan (42 percent), China (38 percent), and Hong Kong (31 percent). All three of these countries also made the list of highest turnover nations in 2015.

The large increase in the number of registered clinical trials, coupled with the industry-wide shortage of qualified clinical professionals, is most certainly driving the increases in both turnover and compensation. Between 2005 and October 12, 2017, the number of registered trials increased from 24,921 to 256,544. That includes an increase of 11 percent in just the past year. Forty-seven percent of those trials were non-U.S. only while 36 percent U.S. only. Only five percent were conducted in both the U.S. other countries.

The study notes with the highest number of trials being conducted outside the U.S., the continual increase in turnover rates becomes an even more critical factor. Growth in the CRO industry is expected to continue year-over-year. Therefore, attracting and retaining key talent will remain an important factor for those research organizations that want to remain successful and attract pharma partners.

When a CRO experiences high turnover, especially in critical roles such as clinical monitoring, it can jeopardize the success of the company and its relationships. The problem can manifest itself in several important ways, including:

Put all of that together and it is clear high turnover remains an extremely costly problem for CROs. This forces many to keep increasing salaries to retain their top talent, which keeps the cycle going.

The study notes one additional factor hampering the CRO industry’s search for new talent sources, which is an improving U.S. economy. U.S. unemployment continues to decline since hitting a peak in 2009. The unemployment rate in the U.S. is currently well below five percent. “This is a classic example illustrating that following industry best practices does not work,” says Judy Canavan, managing partner at HR+Survey Solutions and author of the study. “CROs need to create customized approaches to retain the right talent for their company.”

The problem is further complicated by employees wanting to increase their compensation and the desire for a better work-life balance. Many have already figured out that switching companies allows them to better achieve both objectives. Unfortunately, Canavan notes a majority of CROs have failed to provide their valuable talent with a viable, long-term employment solution that caters to their social and financial needs.

Employee/employer separation further complicates the problem. Clinical research associates (CRAs) often work from home, with a good part of each week spent on the road traveling to study sites. This makes it very difficult for employers to engage these employees and gain their loyalty. To attract and retain top employees, CROs will need to approach their current and prospective employees with attractive compensation packages, work-life balance, and career advancing opportunities.

Some additional findings from the study include:

A total of 28 public and private CROs (both large and small) participated in the survey. Data on compensation, pay packages, and turnover were noted for the U.S. and 55 other countries. Base salaries plus incentives were recorded for 215 benchmark positions.