Don't Take Candy From Strangers: 3 Warnings About Right To Try 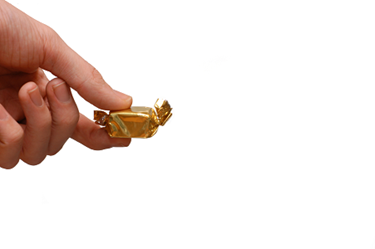 A busy practicing physician who might be asked by a friend or a patient for a first-impression opinion of the currently pending federal Right to Try legislation will find him/herself in a position roughly analogous to the hungry child being offered candy by a stranger: viscerally tempted, but intellectually very, very wary.

Alex Barasch, reporting in Slate, described the right to try bill, which was passed in the Senate last August but has since stalled in the House. As Barasch wrote, “In his [recent State of the Union] address, Trump explained it by asserting that ‘patients with terminal conditions should have access to experimental treatments that could potentially save their lives.’ The idea has already gained considerable traction at the state level, and when framed in this way, the case for right to try is undeniably a compelling one.”1

The cautionary warnings about right to try, however, are many and serious. First, as Ed Miseta has repeatedly pointed out in his thoughtful pieces in Clinical Leader (Feb. 29, 2016, May 24, 2017, and Sept. 11, 2017),2-4 a clear pathway for patients to access drugs in development already exists. Participation as a subject in an approved Phase 2 or Phase 3 clinical trial is the primary and strongly recommended route. For those who do not qualify for participation in a clinical trial, the FDA expanded access program offers a well-established, straightforward alternative. Michael Becker, a former pharmaceutical executive and a cancer patient, articulately sounded this first warning in his recent STAT article, saying, “For nearly a decade, the FDA’s expanded access program has been available for people like me who are fighting life-threatening diseases and who want the option to have access to new therapeutic approaches in a responsible and ethical manner, especially when there is no other FDA-approved treatment option.”5

Going more deeply into the issues rapidly moves us into heavy legal6  and philosophic7 problems. Just to point the way, what we’re talking about in the right-to-try discussion is known as a legal right. A right is an entitlement or a justified claim to a certain kind of treatment from others, and legal rights are essentially defined by the law.

That brings us to the second cautionary warning. In 2007, the United States Court of Appeals, District of Columbia Circuit, ruled against the right-to-try movement, primarily on the basis of safety, saying, “the Alliance's argument ignores our Nation's history of drug safety regulation described above. Nor can the Alliance override current FDA regulations simply by insisting that drugs which have completed Phase 1 testing are safe enough for terminally ill patients. Current law bars public access to drugs undergoing clinical testing on safety grounds. The fact that a drug has emerged from Phase 1 with a determination that it is safe for limited clinical testing in a controlled and closely-monitored environment after detailed scrutiny of each trial participant does not mean that a drug is safe for use beyond supervised trials. FDA regulation of post-Phase 1 drugs is entirely consistent with our historical tradition of prohibiting the sale of unsafe drugs.”8

After the right-to-try movement, more specifically the Goldwater Institute ,9 failed in the courts, it moved instead to state legislatures. In a recent New England Journal perspective piece, Steven Joffee and Holly Fernandez-Lynch reported that, “Arguing that dying patients have an autonomy-based right to try promising agents, the institute has achieved success in individual states: 38 have passed versions of its model legislation. Under the U.S Constitution’s Supremacy Clause, however, federal law preempts conflicting state laws. Thus, state right-to-try laws cannot override the FDA’s congressionally defined regulatory role.”10 In other words, the idea of right to try has not held up in federal court, largely because of the government’s interest in regulation of drug safety.

And the safety issue brings us to the third warning. Joffee and Fernandez-Lynch raised safety concerns as well: “By cutting the FDA out of the process…the bill would cause patients to lose the benefit of meaningful safety-oriented changes that the agency recommends in 10 percent of expanded access approvals on the basis of confidential information that is often unavailable to treating physicians.”10

I’m not a lawyer or a philosopher. I did, however, chair a companywide cardiovascular drug safety committee for a major pharmaceutical company. Drug safety issues often do not surface until late-phase trials expose larger and larger populations of patients, from one or two hundred in Phase 2 to several hundred or even thousands in Phase 3, with exposure over longer and longer periods, going incrementally from days to many months. In early stages, clinical development programs are just beginning to understand the potential safety issues of a new drug.

In the clinical trial setting, prespecified event adjudication processes are now the norm. In addition, committees like the one I chaired dig into the details of serious adverse events both pre- and post-approval. If and when a right-to-try patient dies, no one will do this difficult, tedious, work. The legislation requires no protocols, no laboratory data, no study-responsible physicians with expertise in the field. Viewed objectively, many right-to-try patients would likely die and die in vain. Did they have drug-related problems, dosage issues, organ toxicity that we could have learned from? And perhaps have avoided in further development? We would never know. As Michael Becker said, “Put simply, under the right-to-try bill, a death caused by the use of an experimental drug could not be considered by the FDA in deciding whether to approve or reject the therapy. While this may help address pharmaceutical and biotechnology industry concerns that expanded access programs could jeopardize ongoing studies, it is simply unethical at its core.”5

As experts in clinical development, we have an obligation to speak out against the right-to-try movement. Both the federal courts and clinical experts are warning us. As the authors of the New England Journal perspective piece pointed out, “the serious consideration the legislation is being given reflects a broader effort to weaken medical product regulation.”10

The candy may look tempting. Don’t take it.

Roger Mills, M.D., is an academic cardiologist who recently retired from Janssen Research & Development, LLC. He has worked as a site investigator or study-responsible physician in all phases of clinical research from first-in-human trials to post-approval registries. He is now  retired but remains active as a peer reviewer, consultant, and writer. His book Nesiritide: The Rise and Fall of Scios  won the Foreword INDIES 2016 Bronze Winner for science. Watch for his new book, 240 Beats per Minute: Life with an Unruly Heart co-authored with Bernard Witholt, early this summer.