How Amazon Could Disrupt The CRO Model 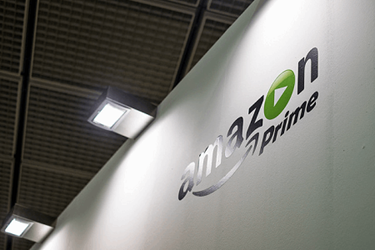 After my last Clinical Leader article, "How Amazon Could Improve Patient Experience", a friend of mine recommended the book The Everything Store: Jeff Bezos and the Age of Amazon, by Brad Stone.1 Stories of Bezos’ obsession with customers and fearless risk-taking were inspiring. Based on its approach to building its business, it is logical to conclude that Amazon would be an amazing CRO. Amazon’s competitive strategy is to aggressively discount prices to win market share. Plus, its customer obsession and disruptive innovation are second to none. Let’s imagine what an Amazon-run CRO would look like.

Amazon would give deep discounts.

Bezos isn’t driven by profit, although he’s one of the richest people in the world. In fact, frugality is celebrated as an Amazon virtue. Amazon’s acquisition and transformation of Whole Foods is consistent with previous Bezos experiments. The Monday after Amazon acquired Whole Foods for $13.7 billion, select grocery item prices were dropped as much as 40 percent. An additional 2,000 products were posted on Amazon.com, and store traffic increased 25 percent.2 Whole Foods-branded sales items totaled $500,000 in the first week.3 Whole Foods’ operating margin was 4.8 percent; Amazon’s Q2 2017 operating margin was 1.7 percent.4

What if Amazon’s CRO operating margins were only 1.7 percent —- a 90 percent discount from Parexel’s? If Amazon acquired a CRO, expect prices to drop the following Monday. Amazon significantly slashed grocery prices to attract and engage customers. The early Amazon Kindles were sold below cost, and Amazon Web Services (AWS) was first offered at a loss.7 Many Prime deals are still sold at a loss when shipping costs are factored in the cost of sales.

AWS was birthed from the company’s need to track customer orders, inventory, and deliveries. Amazon began selling its surplus computing capacity and founded AWS. In Q4 2016, AWS achieved a $14 billion annual run rate, up 47 percent from the previous year to $3.5 billion in sales.8

AWS would accelerate clinical data automation. AWS revolutionized package tracking, and it’s likely that many of its capabilities are transferable. All clinical data would be visualized, analyzed, and recommendations served up in real time. The entire data stream would be transparent and trackable for centralized monitoring and risk-based monitoring (RBM). Clinical operations software, such as the Comprehend Clinical Intelligence Suite or Algorics Acuity, would be standard across all platforms, programs, and processes. Key performance indicators (KPIs) and key risk indicators (KRIs) would be automated, and breaches of quality, compliance, and performance would be set to alert the clinical team. Say goodbye to spreadsheets, source document verification (SDV), and manual tracking. You could view clinical data streamed to your phones, tablets, and desktops.

For medical monitors, all patient data would be streamed and analyzed from a patient-centric perspective. This software to support this enables data to be visualized, analyzed, and reported by patient, by study, or by indication. Outliers are highlighted, graphed, and analyzed in clinical context to study visits and time of dosing, and are benchmarked with similar patients by site, geography, and study. This innovation has been on the market, but adoption has been slow. CROs don’t want disruption to their profitable processes, but Amazon thrives on disruption.

Amazon already has 80 million loyal Prime members’ profiles. If only 40 million of them are incentivized to participate in providing basic health histories, Amazon could have enough candidates to quickly enroll the majority of sponsor trials. For a $100 Amazon gift card, I’d sign up to be in a clinical trial! I have already purchased a digital blood pressure monitor, a finger pulse oximeter, and an activity-tracking wearable with my Amazon Prime subscription. As soon as Alexa Connect is ready, I’m accessible for a remote study visit.

This week, I downloaded The Innovator’s Dilemma: When New Technologies Cause Great Firms to Fail on my Amazon Kindle.11 Jeff Bezos was so excited about this book that he charged his executives to plan Amazon’s own disruptive innovation. There are four relevant points to take from the book. First, Amazon’s CRO prices would appear to be too cheap to be true. However, many early adopters could afford to outsource more trials to Amazon than before. Second, Amazon’s automation would drive down costs, increase productivity, and reset customer expectations for higher levels of automation and transparency. Third, most CROs would not be able to respond quickly enough and would disappear. CRO outsourcing would become even more ubiquitous. Finally, fewer site monitors would be required because of automation. Amazon’s CRO disruption could spawn new and exciting roles for tech-savvy clinical data professionals.

Kenneth Wu has been consulting in clinical operations for biopharmaceutical and medical device sponsors for over a decade. His professional career advanced from clinical research associate (CRA) to clinical operations department head. He holds graduate degrees in physiology and business administration and is certified in both clinical and regulatory affairs.